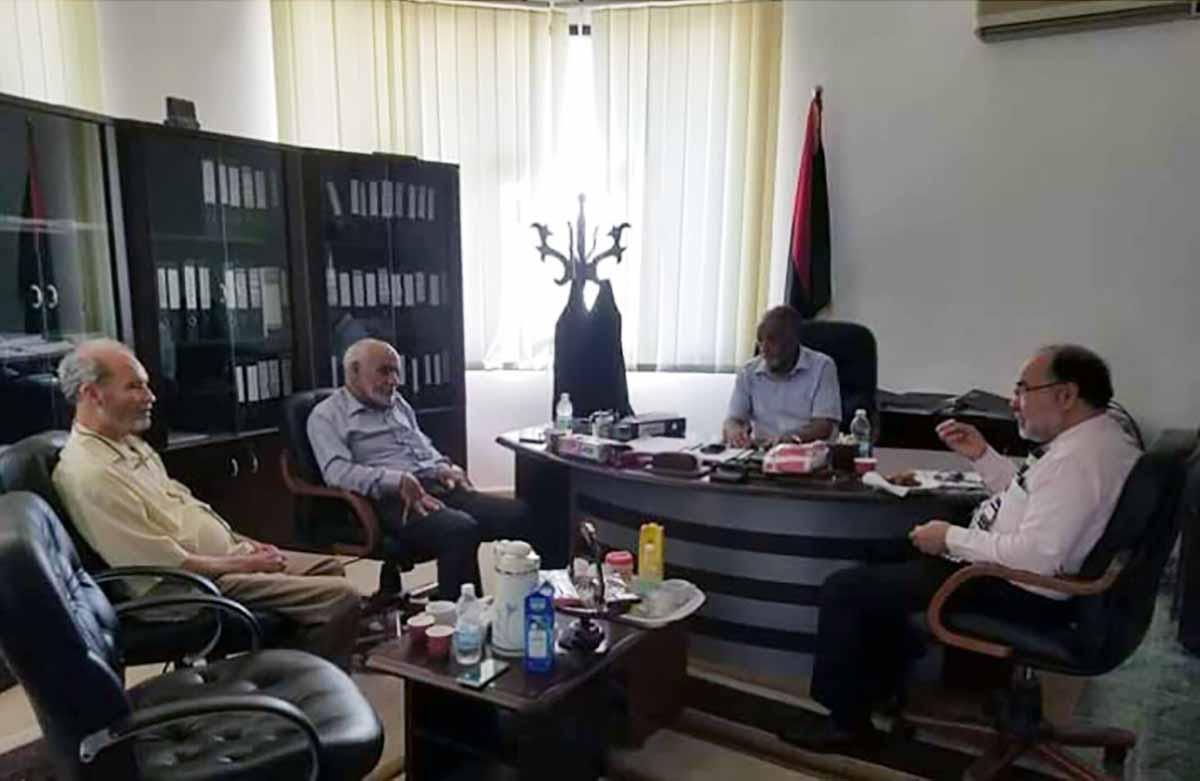 In accordance with the leading role of the Yes Libya National Movement and the will to achieve comprehensive national reconciliation and restorative justice Professor Doctor Ehtuish Farag Ehtuish Chairman of the Movement visited on Thursday, 26/07/2018 the Chairman of the Board of Directors of The Commission of Facts and Reconciliation Mr. Hussain Al-Bueshi and Vice Chairman Mr. Hussain Al-Yussair, Mr. Ahmed Al-Zwai an expert in the Commission was also present in the meeting.

During the meeting, the president of the Commission exchanged views on the importance and circumstances of the establishment of the Commission and the conditions and obstacles that have hindered and continue to obstruct its duties and the tasks entrusted to it. For his part, the Chairman of the Yes Libya National Movement Doctor Ehtuish praised the efforts to activate the role of the Commission, stressing the vision and road map expressed in the charter of the Yes Libyan National Movement, and the importance of exerting more effort to activate the commission. Doctor Ehtuish expressed the necessity of establishing a national body with a mission to achieve comprehensive national reconciliation, and a judicial body for restorative justice and to establish laws of the comprehensive national reconciliation.

A lengthy conversation took place about the current situation of the country, reviewing possible scenarios for solving the ongoing crisis.

At the end of this successful visit, a copy of the Charter of the Yes Libya National Movement and its vision for the comprehensive national reconciliation was handed over to the Chancellor, the Chairman of the Board of Directors of the Commission, which he accepted with great interest.

News 26 July 2018
There are no comments posted here yet