Delegation from the Yes Libya National Movement chaired by Prof.Dr. Ehtuish meets with the head of the Electoral Commission

On the morning of Monday, 06 August 2018 Dr. Ehtuish Farag Ehtuish chaired a delegation from the Yes Libya National Movement, on a visit to the Higher National Electoral Commission where they held a meeting with the President of the Commission Dr. Imad Al-Sawyer, who welcomed the President and members of the delegation and expressed great interest in the objectives and goals of the Movement and its national plans and programs, His Excellency reviewed the work of the Commission and its national tasks. After which a lengthy discussion and an extensive dialogue took place. it dealt with the crises the country is going through and focused on several central issues including the referendum on the draft constitution, parliamentary and presidential elections.

During the meeting the role of the Yes Libya National Movement was officially announced to work towards planing and training of observers and to participate in monitoring the conduct of the referendum and the upcoming elections. 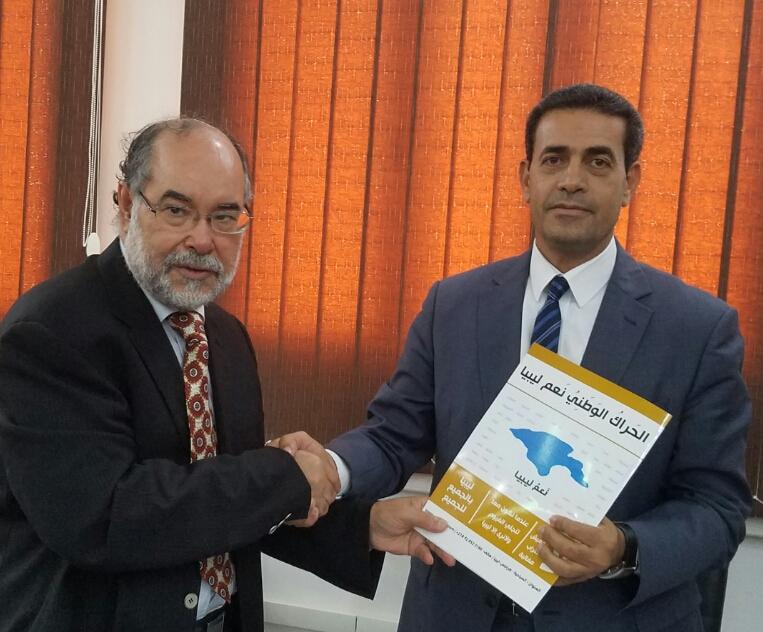 News 06 August 2018
There are no comments posted here yet